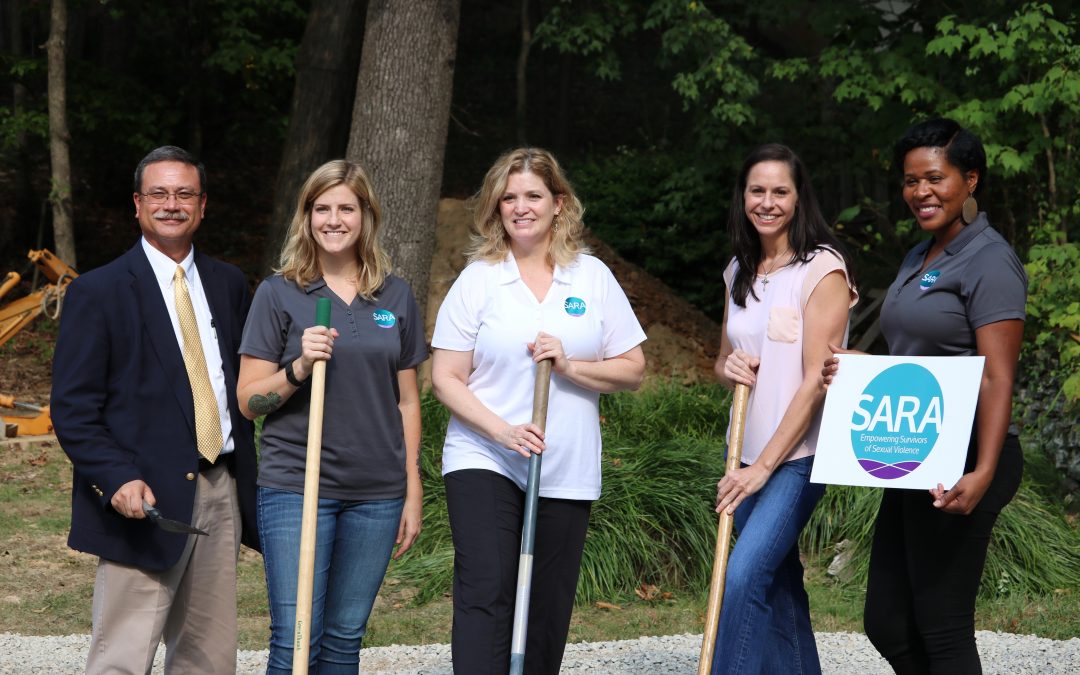 SARA (Sexual Assault Response and Awareness), the Roanoke Valley’s only sexual assault crisis center devoted to providing direct services to survivors is breaking ground on an addition to be built onto their current office building located at 3034 Brambleton Avenue, SW, Roanoke Virginia, 2015.

With increased funding from the Department of Criminal Justice (DCJS) SARA has been enabled to hire additional staff members, therefore providing more services to the community. The only barrier to this expansion is the limited office space currently being operated by the program. For this reason, SARA broke ground this week on an addition which will add another office and a larger training room for the organization to utilize. SARA is currently exploring ways to fund this addition through fundraising, local grants, and donations. As of now, the cost of the build will be rolled into SARA’s rent over the next years.

SARA is also in the midst of undergoing a branding overhaul. A new, modern logo with a sleek website will soon be released. SARA worked with mpiTOO to re-brand the organization over the past few months. And thanks to local organization Noke Codes, SARA’s Director of Community Engagement is learning the ins and outs of WordPress for their new website. SARA is rolling out the new brand at a Benefit Night at Soaring Ridge Craft Brewery on Saturday, September 17th. One dollar of each pint sold between 5:00 and 9:00 p.m. will be donated to the organization.

Teresa Berry, Executive Director of SARA stated, “This is an important and incredible time in the life of our organization.  SARA has served the Roanoke Valley for over 30 years.  And for many of those 30 years, we did so with limited funds and minimal resources.   To now be in the position of adding staff and expanding our office space is extraordinary.  The issue of sexual and domestic violence isn’t going away … but neither is SARA!”